A general tendency with club golfers is not having enough lag in their swing. The lag in the golf swing is the capability of the upper body to effectively tow the arms and club behind it´s rotation. This position however is not possible without firstly creating a strong 90 degree angle between the club and the left arm. (pic 1)

As many golfers fall into the trap of just "keeping the left arm straight" the take away is often to stiff without the correct wrist - cock. (pic 2) Without the ability to create the intial 90 degree position a big tendency is to throw the club rather than pulling it leading to many shots going straight left or hitting it "fat" with the clubhead impacting the ground too far behind the ball. (pic 3)

To achieve the correct power position make a full wrist - cock on the backswing (pic 4) then pull the club down and hold the 90 degree angle by holding the left wrist and elbow to the target. (pic 5)

This movement will give the feeling of the clubhead being much more open to the target than usual. However, when the grip and swing line are good the centrifugal force is now so strong that the clubhead will snap itself through the ball. (pic 6)

This strong leading of the club will eliminate the tendency to pull or fat the shot. 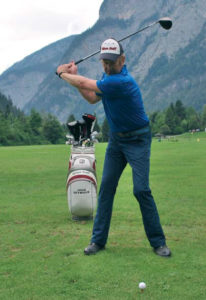 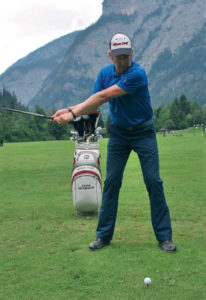 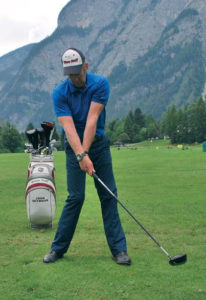 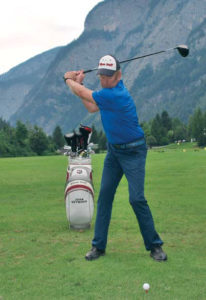 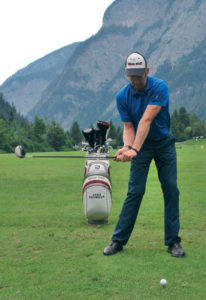 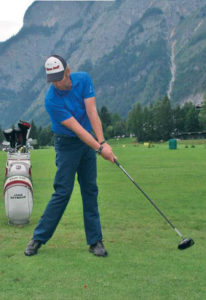