Again and again i witness club players who have the tendency to overswing on the backswing. Pic 2

It is widely thought that keeping the left arm straight is key to a stable backswing. However, try as hard as you like, too much overswing causes the movement to somewhat collapse. Simply the pressure caused by overswinging will fold the left arm.

Interestingly, the actual key to controlling the backswing is achieved not through the left arm but actually thought the right arm.

A very good and simple way of controlling the backswing is to do the following.

Take a backswing and stop at the top of it. (Cover and Pic 3) Then take your left hand off the club. (Pic 4)

Try and hit the ball with your right arm only. (Pic 5 and 6)

This simple but very effective drill can really make a positive difference. 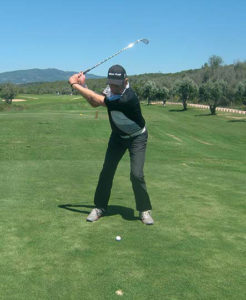 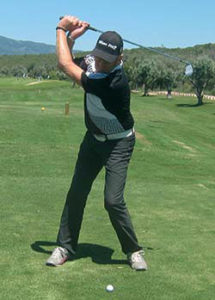 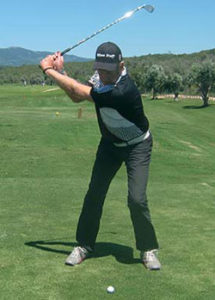 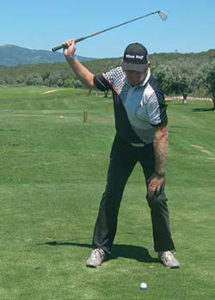 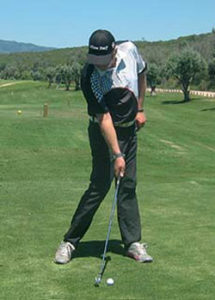 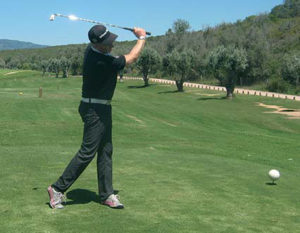