It is very fair to say that bunker play is much to with "between the ears."
Let us look at the two main factors.

Firstly, it is the only shot in the game of golf which requires hitting a
spot some three or four inches behind the ball rather than hitting the ball itself first. The resistance that the sand creates by hitting it before the ball naturally takes much distance off the shot. This presents the golfer in a classical green bunker situation with a big problem as the player is required to swing much harder at the ball than normal for the 10 yards or so needed to get the ball close to the flag.

In fearing that the ball will fly to far the resulting swing is one of a
short scooping action more associated with a field hockey movement as in pictures 2,3 and 4.

The solution is making a more courageous fuller swing with the integation of body movement.

Make sure that you do not only swing the club longer but use your upper body rotation to finish the movement as shown in pictures 5,6,7 and 8.

By not only lenghtening your swing but rotating your upper body so your chest, arms and club all point to the target at the finish of the swing your performance in green bunkers will dramatically improve immediately. 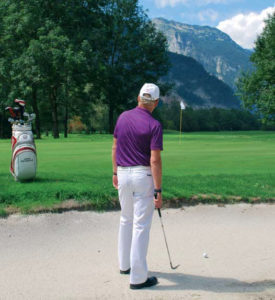 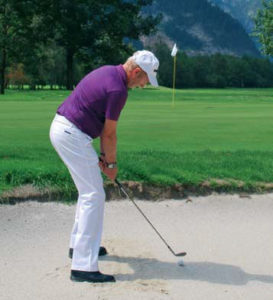 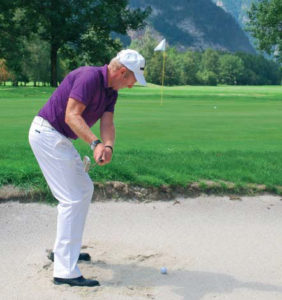 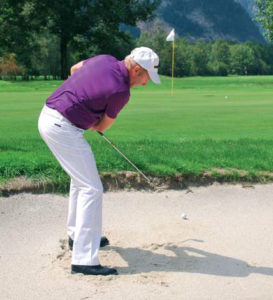 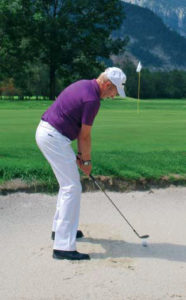 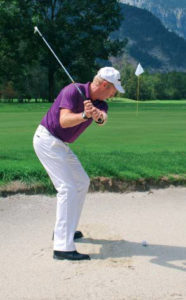 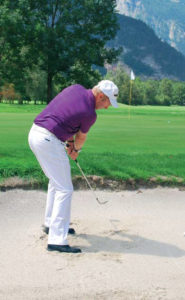 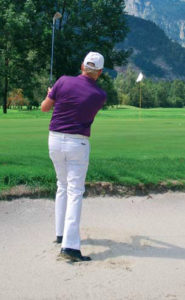